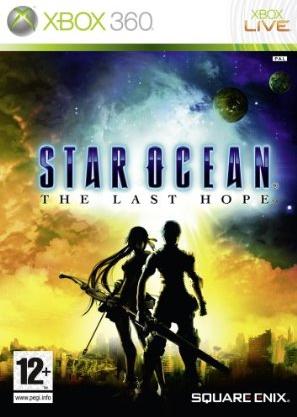 
IGN: Do you feel that committing Star Ocean exclusively to Xbox 360 has limited the game's audience, especially in Japan where the console has typically undersold?

IGN: The engine that's powering Star Ocean is quite powerful - any chance it could be used to power a new Valkyrie Profile game?

Yoshinori Yamagishi: Should Tri-Ace decide to make another Valkyrie Profile game in future, I should expect the engine would be used.

IGN: Where does the future of Star Ocean lie? Although you've previously stated that this would be the final chapter in the story, it seems you're keen to do another game.

IGN: Would shifting the series to the DS, much like Dragon Quest has done with such success, work for Star Ocean?

Yoshinori Yamagishi: One of the appealing features of Star Ocean is 'beautiful graphical expression which pushes the hardware to its limits'. The magnificent graphics we managed to create on the Xbox 360 could possibly only be reproduced by another platform with an equal or higher level of capabilities.
On the other hand, I should imagine that DS could be an option if we were to make a new Star Ocean title with a specific intention of creating fun play.

IGN: Comparing Star Ocean's take on a post apocalyptic world with something like Fallout 3's approach underlines the huge gulf between Japanese and Western RPGs. Do you see this gap widening or narrowing over time?

Yoshinori Yamagishi: I would say that the issue is how the in-game universe is conceived by those regions you mentioned, rather than a gulf between them. Two games could end up with very different contents from one another even if they share the same key concept of the apocalypse; one could adopt the theme, "survival", whereas a different theme of "Escape for hopes" might be given to the other. So I do not expect that gulf is necessarily to widen in some time to come.
However, I must admit it is possible that games with realistic expression placed at their centre, such as Fallout 3, would tend to take a direction toward grimmer depictions whilst others which revolve around cartoon-like descriptions like Star Ocean might be found in even more cheerful styles in future.

IGN: Where does the future of the Japanese RPG lie? They're still obviously hugely successful, but can you see any major shifts on the horizon?

Yoshinori Yamagishi: It is true that the genre of RPG has produced so many titles and recorded a success in earlier times in Japan. However, since the change-over to current-gen consoles, I believe that fewer RPGs have been published as the number of manufacturers who make them is on a sharp decrease. And it would seem to me that the reason behind this is that J-RPGs are no longer suitable for current-gen consoles as they are more costly and take longer to develop. Also, if we look at the issue from a global viewpoint, game systems are currently experiencing a shift toward seamless and real-time combats, for which the traditional styles of J-RPG are less appreciated across the world.
With such an observation, I cannot help envisaging that fewer RPG will come out in Japan in future except for particularly well-known titles.